Our friends from Stumptown Footy tell us more about new Orlando City B striker Ben Polk, who was drafted in 2016 by the Portland Timbers.

Orlando City B made significant roster additions yesterday by signing three midfielders and a forward for the 2017 USL season. One of the more prominent names among those four new Lions is Ben Polk, who was the Portland Timbers’ first-round (No. 20 overall) selection in the 2016 MLS SuperDraft.

Polk, who played collegiate soccer at Syracuse after stints in junior college at Herkimer College and Genesee Community College, did not make a first-team appearance with the Timbers in 2016. Instead, he spent the entire season with Portland Timbers 2, the club’s reserve side in the USL. Polk played in 25 games with T2, scoring one goal in 1,144 minutes while adjusting to the pro game.

“Ben has a fantastic work ethic and presses really well, which will be important to us,” OCB Head Coach Anthony Pulis said in a club press release. “He is a very good finisher and has genuine potential to be a big player for us this year.”

Born in Phoenix, the 5-foot-9, 24-year-old grew up in Banbury, England — mostly while his father served in the military in Saudi Arabia. Polk has a fascinating back story, which he shared with mlssoccer.com before the 2016 MLS SuperDraft.

To learn more about the new OCB forward, I reached out to Kevin McCamish, who covers T2 for the Timbers’ SB Nation blog, Stumptown Footy.

Obviously it's never ideal for a No. 20 draft pick to leave your organization after one year on the reserve side. Was Polk just the wrong fit for Portland's system or were there other reasons the Timbers let him go?

Kevin McCamish: I feel the draft can be hit and miss. Portland doesn't really have a good record in their draft picks. They have had more success with lower draft picks than anyone taken in the first round, except Nagbe obviously. In Polk's case, it was a matter of taking the best available on the board vs filling a position of need.

So, having taken a forward in the first round of the yearly T2 sweepstakes and no need in that position, the Timbers set about training Polk as a winger. And he would have tons of competition in T2 with all the attacking pieces and depth they ended up with when the season began. But being primarily right footed, his competition was mainly Neco Brett (taken 20 places further down in the draft) and Victor Arboleda. Both players made quite the impact with T2 in 2016. 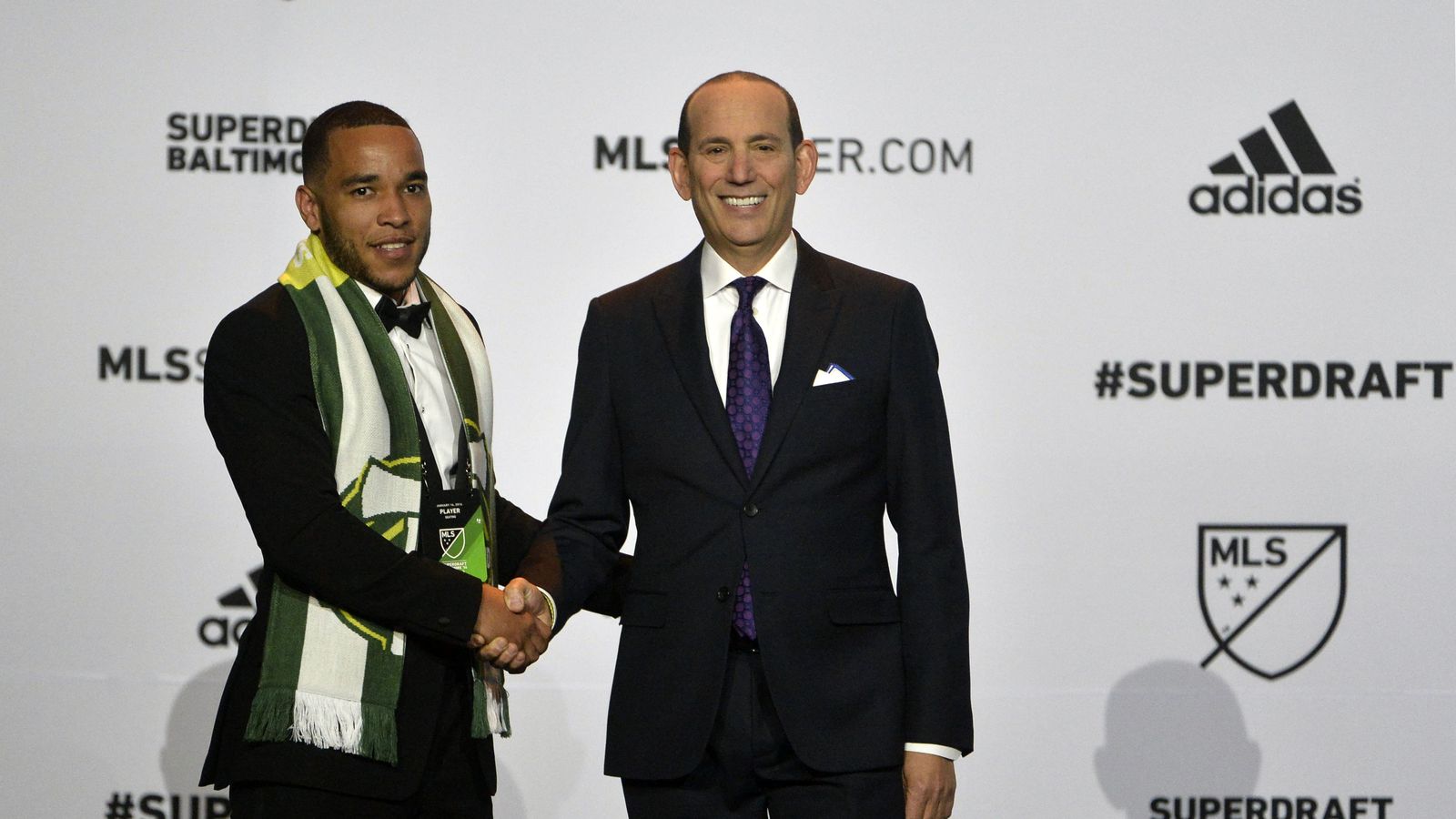 In the end, it was most likely a combination of not really fitting into a winger spot and/or not being able to outperform those he was competing with. And as the Timbers Academy becomes productive, all first-team roster spots are at a premium. Now, they could have signed him direct to T2, so fully releasing him means it's more likely he wasn't going to fit in with plans going forward, even at T2.

What are the strengths and weaknesses of Polk's game?

KM: Ben Polk has the strength to be physical and win battles on the field. And when he was in college, it was as a forward. I feel he is more suited for development as a central striker, with hold-up abilities. Being out on the wing there is more need for winning the 1v1 battles and being more technical in his play. I felt he lacked the qualities needed to succeed as a winger — not for a lack of trying though. Many times when I saw him get minutes you could tell he wanted to prove something, that he was hungry and wanted to improve. But his influence was limited out wide. It could be that being a winger is still in his future but I wager he will see more success with a club willing to develop him where he is more comfortable.

Given what you've seen, is there enough upside in Ben to potentially still earn a spot in MLS down the road?

KM: From what I've seen in 2016, I have to say, no he isn't likely to succeed in MLS. But there is a very important caveat to this. American soccer players, especially those who come from the college game, I feel are far more likely to be late bloomers. And if MLS' overall talent continues to rise, especially if we move away from signing aging DPs, that'll make it even more difficult to break into a first team somewhere. So he could develop and succeed in MLS but it could be much later than 2017, 18, or even 19. And he would definitely need to be in the right environment, working into a position on the field he is going to be comfortable with.

What should Orlando City fans watch for when Polk is on the pitch?

KM: I would keep an eye on where he plays. Regardless of position, I'm sure he will give 110% to the badge. If he plays right wing, it'll be interesting to see if he has practiced and trained in the off-season. Or if he plays centrally, I'd see if he plays with more comfort and confidence. In the end though, minutes matter. He couldn't get enough minutes with T2. If he is getting plenty of minutes to develop with OCB then he should become a solid piece for your USL side.

Much thanks to Kevin McCamish for his insight on one of Orlando City B’s new signings. It will be interesting to see if Polk will be working up at the top of the OCB formation with Michael Cox, playing as a lone striker, or slotted in at a wing position somewhere.